Applications are open for the M.F.A. in Interactive Media. Apply today!
Skip to content 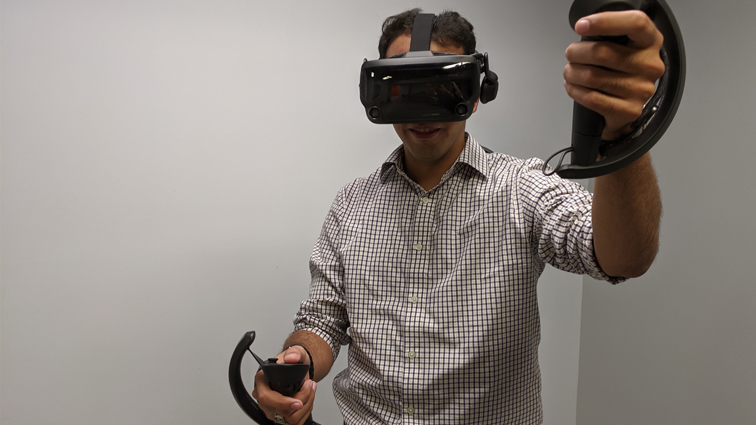 The XR Studio was designed specifically for the creation of immersive content. The studio boasts two volumetric systems allowing students to capture rich immersive experiences for XR and games. The XR studio also has a 3D scanner to convert real-world objects into 3D assets as well as high powered computers rigged for the development of immersive content. In addition to CG content, the XR studio has computers ready for stitching and edition 360° video content.

The XR Studio also has ready to use VR systems like the HTC Vive and Oculus Rift S, where students can simply plug in their work and test it or simply try out games and other immersive experiences.